Agnes Varda and JR have similarities: a passion and questioning of images in general and more precisely on the places and the devices to show them, to share them, to expose them. Agnes chose the cinema. JR chose to create galleries of outdoor photographs. When Agnes and JR met in 2015, they immediately wanted to work together, shoot a movie in France away from the cities, traveling with JR’s photographic (and magical) truck. Random meetings or projects prepared, they went to the others, listened to them, photographed and sometimes posted. The film also tells the story of their friendship that grew up during the filming, between surprises and teasing, laughing at their differences.

Agnès Varda may now be one of our oldest filmmakers, but her work possesses a youthful vivacity unparalleled among her peers of any age. Her latest documentary, co-directed with the mysterious French street artist known only as JR, is inquisitive and playful. The filmmakers board JR’s photo-truck—painted to resemble a giant camera—and travel from village to village, where they meet locals, talk to them about their lives and create immense portraits of them, which are mounted on buildings throughout their communities. Not unlike Varda’s first film, La Pointe Courte, Faces Places pays homage to the vibrancy, diversity and dignity of life beyond the urban centers that typically dominate the big screen. Vive la différence! –Jaie Laplante

Winner of the L’Oeil d’Or (Golden Eye) awarded by the French Writers Society as Best Documentary at the 2017 Cannes Film Festival, the legendary French director, a pioneer of the French New Wave alongside Jean-Luc Godard, partners with a young street artist with an enormous Instagram following for a whimsical exploration of the small French villages of Varda’s memories. 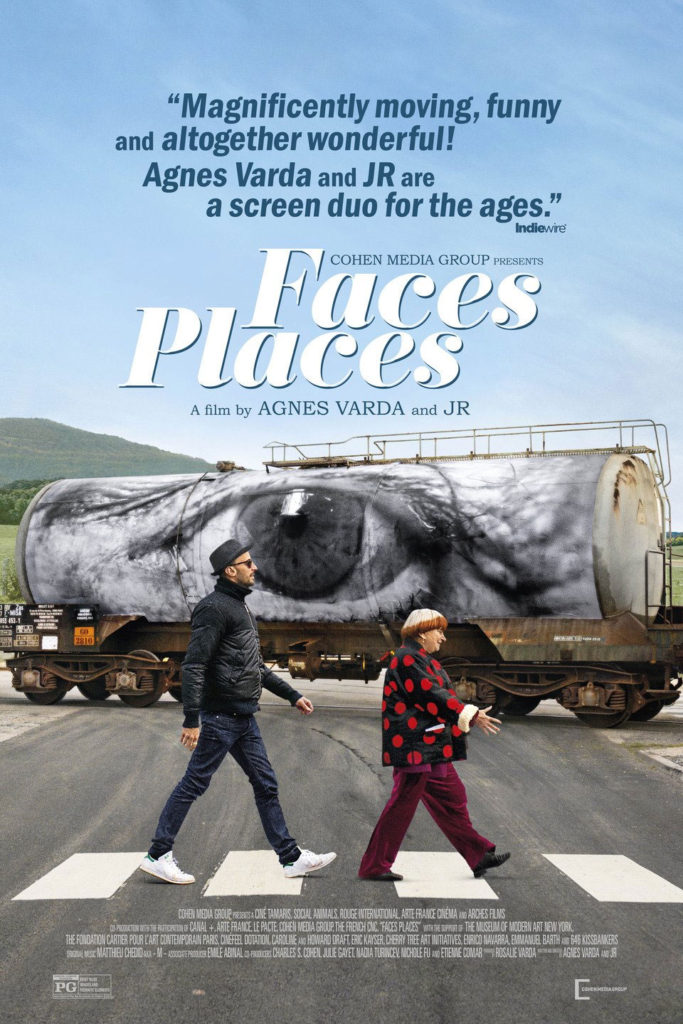