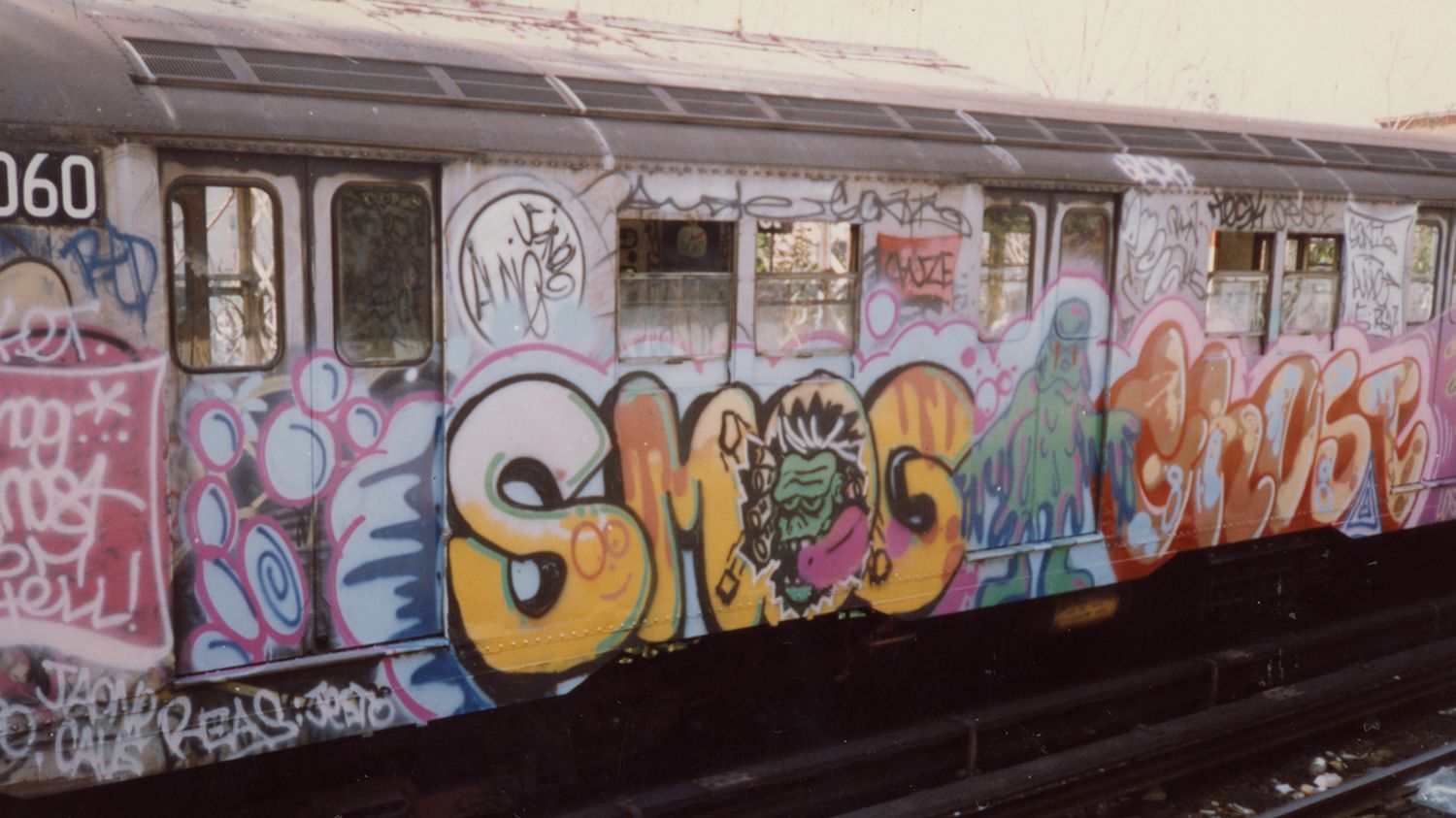 “Why would someone do that?”

It’s one of the most common questions presented by by-passers who see graffiti. Why spray paint that wall? Why deface that bus? What’s the point? There isn’t a straightforward answer to that question, because every artist has a different reason for placing their work where they do. However, if you can’t find an answer, the next best thing is an explanation, and that’s often found hidden in history.

In 1965, a young man named Darryl McCray was sent to a Philadelphia juvenile correctional facility. He adopted the nickname “Cornbread” while in the facility because he very vocally preferred cornbread over the white bread the cafeteria served. While gang members in the facility spray painted the walls with their names, he instead wrote “Cornbread.” When released from the facility, he tagged his name all over the north Phillie, often writing “Cornbread loves Cynthia” to impress his crush. McCray claims he was one of the first people to tag a nickname, not a gang name or symbol, around in mass.

In nearby New York, artists were writing their names on walls and subways as well. Tagging became a common practice of the city’s youth, often as a competition. They wrote their nickname or crew name (not gang name, a crew is a group of graffiti artists with varying styles that form a collective) up wherever they saw fit. Now everyone around would know who you were, what crew you were a part of, and most importantly, they would see what lengths you were willing to go for that tag to get where it was. In the 1970’s, legibility was important for this reason. Taki 183, an NYC-based graffiti artist, is considered one of the first people to make tagging a full-time job and was an early writer that combined a nickname and a number. Taki as well as other graffiti writers in the area would use spray paint, markers, and pens to make their mark. Into the 1980’s, tags evolved to be more intricate, using extra lines, dots, and stars as additional embellishments. Legibility became less important in favor of more stylistic fonts that set certain writers apart.

Tagging was quick and efficient in spreading an artists name around the area, but it wasn’t always very large or bold. That’s when “throwups” came into play. Artists began writing their names with larger letters, sometimes filled in with another paint color or completely hollow, just leaving an outline. Just like tagging, it was to be done quickly, but being larger meant there was a better chance that your art stood out amongst a crowd of signatures. The late NYC writer Phase 2 is credited with creating and perfecting the popular bubble-style writing commonly seen throughout the city, now popularized around the world. Superkool 223 figured out that by using a larger spray nozzle, throwups could be completed more quickly, thus allowing artists to make their pieces bigger and bigger.

Being able to get your art up quickly and in as many places as possible became known as “bombing.” As graffiti has changed throughout the past few decades, artists have become more elaborate in their works, many styles being symbolic of a city or culture where the artist resides. More colors, fonts, and embellishments have become popular, and the intricacy of each work is a marvel to those who view it. Whether you appreciate it or not, you notice it and maybe that’s the only real answer that exists. Street art can be a call to action, a statement, or cultural reference. Or maybe it could just be a name.