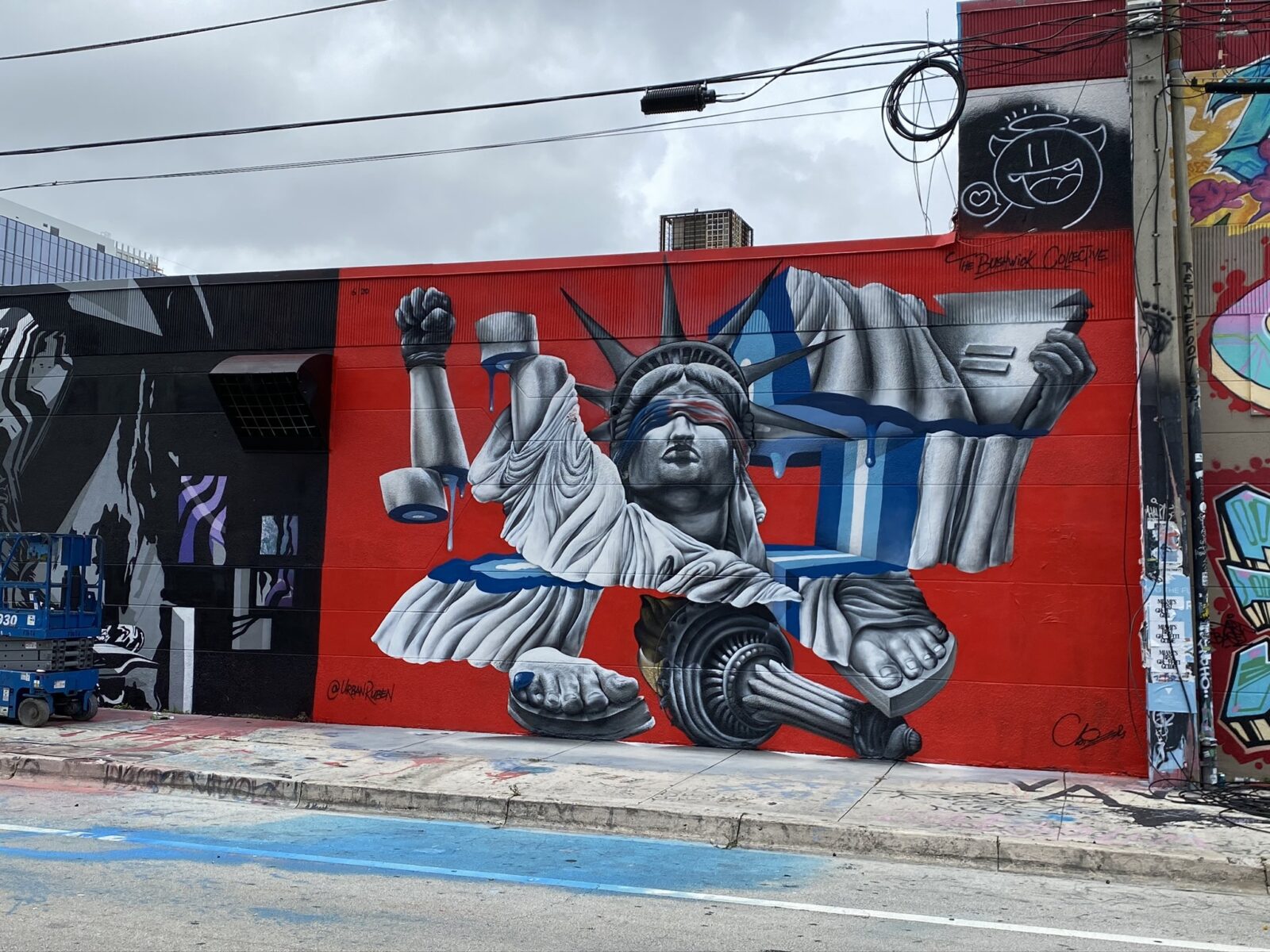 Street art has always been inherently political in nature, from its historical context to its practice during modern times. Today, we find more and more that street art isn’t only used as a bold beacon of expression during times of cultural change and unrest, but as a rallying tool to evoke emotion and dialogue.

The range of work that encapsulates street art is rather broad in comparison to other visual arts, as the work that resides within the genre is quite literally any creative expression that’s publicly accessible. This can include art in the form of murals, graffiti, sculptures, posters, and stencils. Many times its placement comes without permission to exist where it does, yet its presence in that very space is intentional and essential to the story it shares. To this day, the majority of street art is viewed as “vandalism.” The term dates back to the late 1700’s, when a Germanic tribe named the Vandals were notorious for their destructive nature to personal property. As street art is often done without permission and along public or private spaces not authorized by the property owner, it’s rarely embraced or appreciated for its effort or message.

Yet its value is monumental, as we’ve seen the impact of this art throughout history, sometimes literally or within context. During WWII, Nazi Germany would erect murals on Jewish-owned businesses and plaster pro-government wheat-paste posters on walls. When the Berlin wall was erected in 1961 and demolished by the people in 1989, it adorned spray paint, flowers, and other writings all along the West side while the East shone a bare, grey face. Hitler’s Nazi propaganda was created in the spirit of hate and divisiveness, while the markings left by those seeking liberation within Berlin were calls for freedom, a directly political act showcasing expressionism vs. totalitarianism.

Unlike the fine art that sits within a museum, street art is publicly accessible and created to invoke dialogue, no matter what the subject may be or the intent behind the artist. Fast forward to 2020, the world has seen an unprecedented shift in cultural, environmental, and political issues. Within the United States there has been a wave of social unrest stemming from calls for civil equality. Movements such as Black Lives Matter have motioned thousands into the streets, speaking up for the change people feel is necessary to create a just society for all who live in it. But when the crowds are gone and their physical voices fade, what is left in the place of the passionate to remind the world that they care? Writings on the wall, calls to action through powerful graffiti and posters, and beautiful and heartbreaking murals that honor those whose lives sparked the calls for change.

Sometimes the work is scathing, calling for politicians and local leaders to be held accountable. Other times it’s an act of remembrance and solidarity with those seeking the same hopeful change. The truth is that street art is important, impassioned, and valid, no matter how the viewer feels about it.