BOOK A TOUR OF WYNWOOD WITH REAL ARTISTS

CHOOSE FROM OUR PRIVATE, VIP CART, IN-PERSON TOURS OR 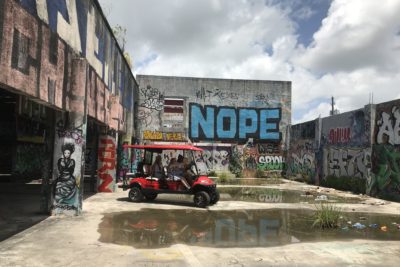 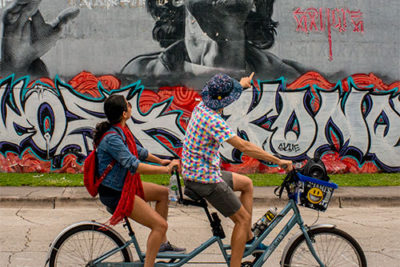 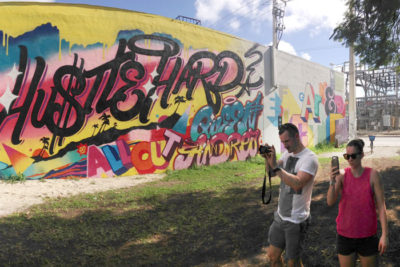 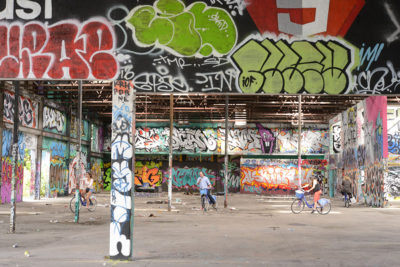 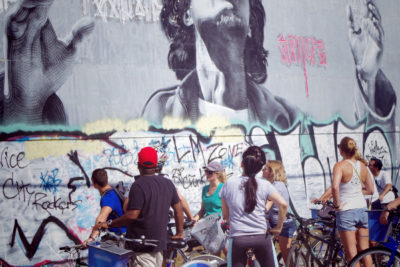 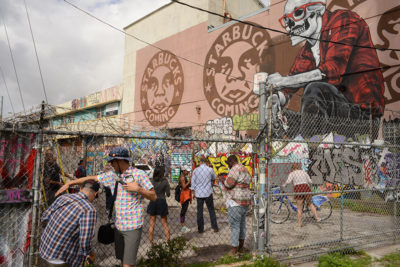 AN APP THAT GIVES USERS THE ABILITY TO UNDERSTAND THE GRAFFITI THEY’RE LOOKING AT AND GIVES STREET ARTISTS THE CREDIT/EXPOSURE THEY DESERVE. A ONE TIME PURCHASE ALLOWS YOU ACCESS TO A CONSTANTLY UPDATED PORTFOLIO OF THE WORLD’S LARGEST OUTDOOR ART GALLERY.

INSIDE THE MIND OF MBGG

CHECK OUT THE BLOG POSTS 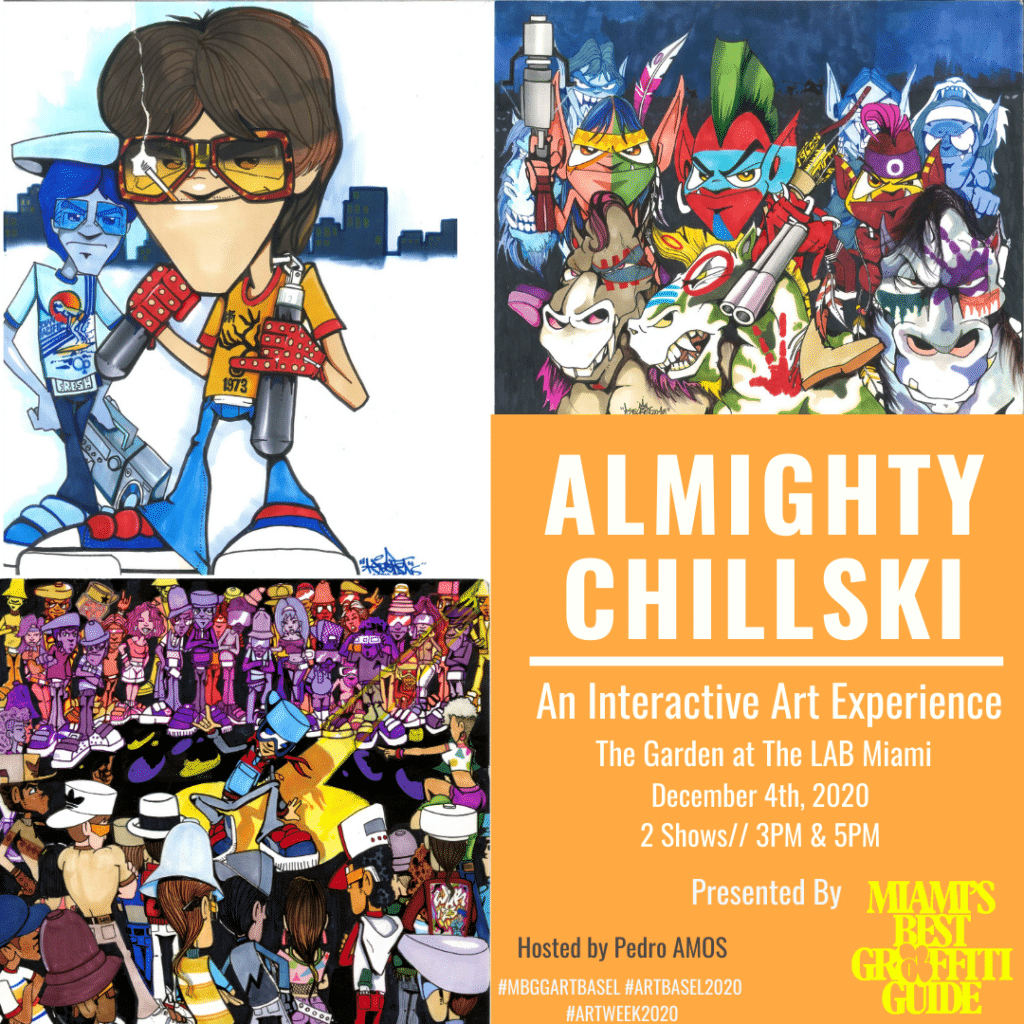 Miami’s Best Graffiti Guide presents “Almighty Chillski” an interactive performance experience on December 4th, 2020 located in The Garden at The LAB Miami. This 80’s-era experience touches on early hip-hop origins and is segmented into live performances, art demonstrations, and a Q&A with the artist. Immerse yourself in the world of Chillski while discussing the significance of […] 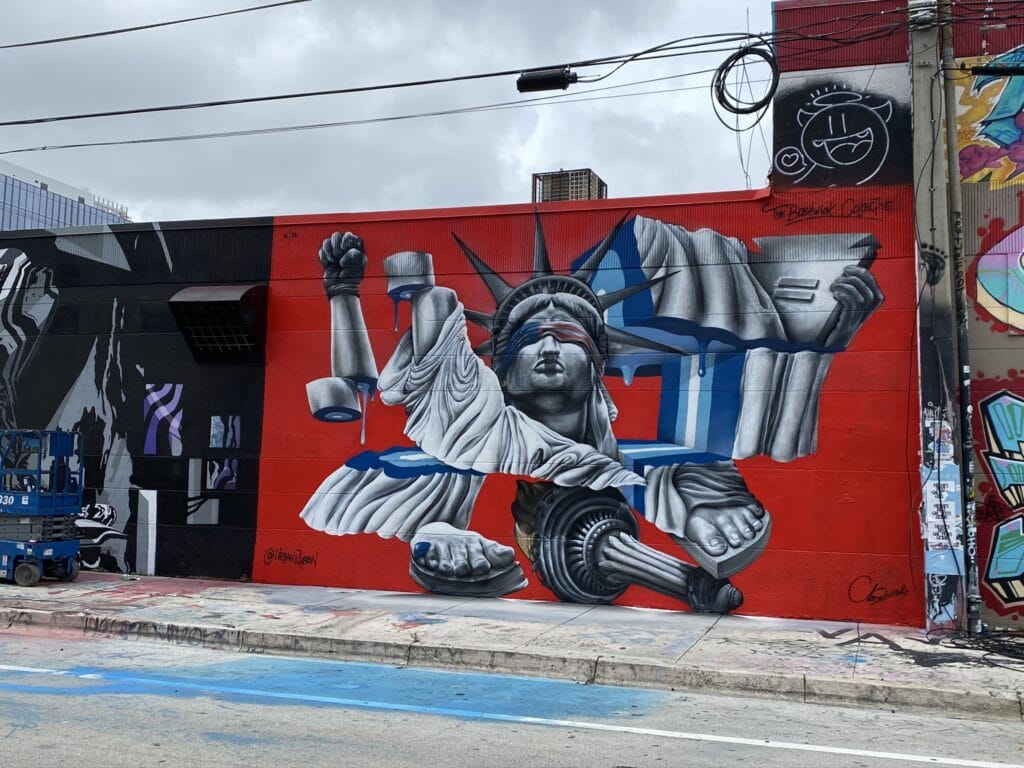 Street art has always been inherently political in nature, from its historical context to its practice during modern times. Today, we find more and more that street art isn’t only used as a bold beacon of expression during times of cultural change and unrest, but as a rallying tool to evoke emotion and dialogue. The […] 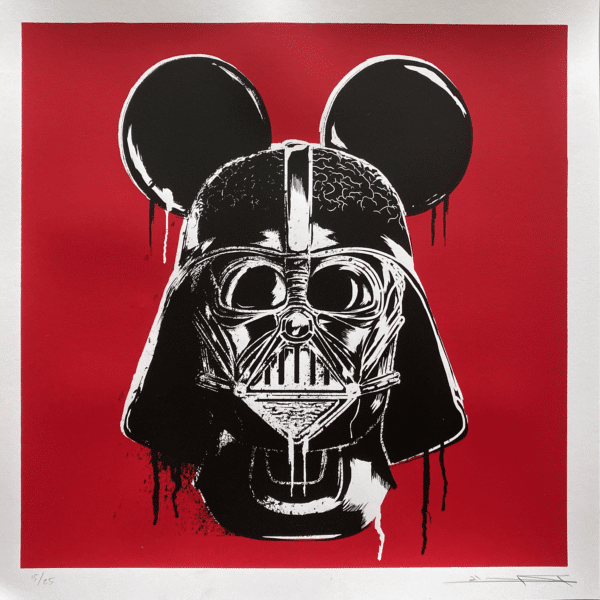 We’re excited to announce BLACKBRAIN as our latest artist edition to our online store, featuring two different numbered edition prints! BLACKBRAIN came up with this mix of vador and the mouse prior to the Star Wars and Disney merger, representing the dichotomy of the villain vs. our childhood joy. Each color way is limited to […] 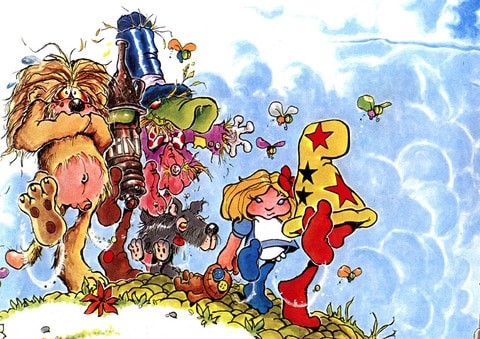 When examining the many styles of graffiti and mural art we’re exposed to today, you’ll often come across pieces that involve cartoon characters, woven into the art that was made. Some of them are recognizable to mainstream audiences such as Looney Toons and Disney characters, but there are also specific little characters that make viewers […] 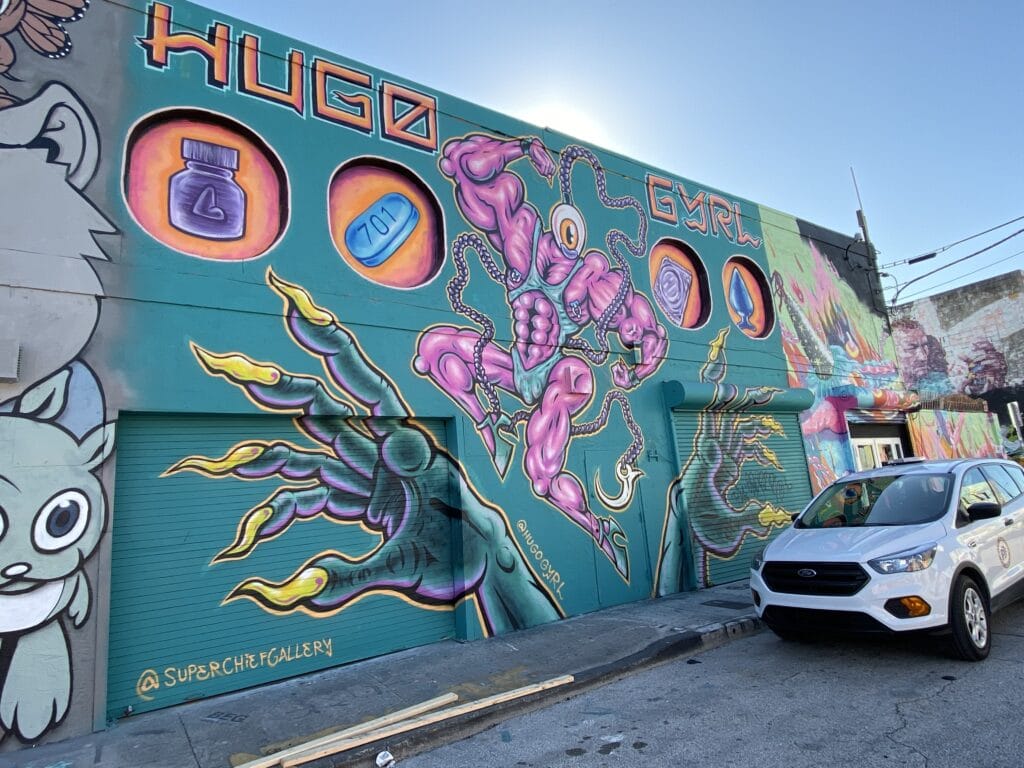 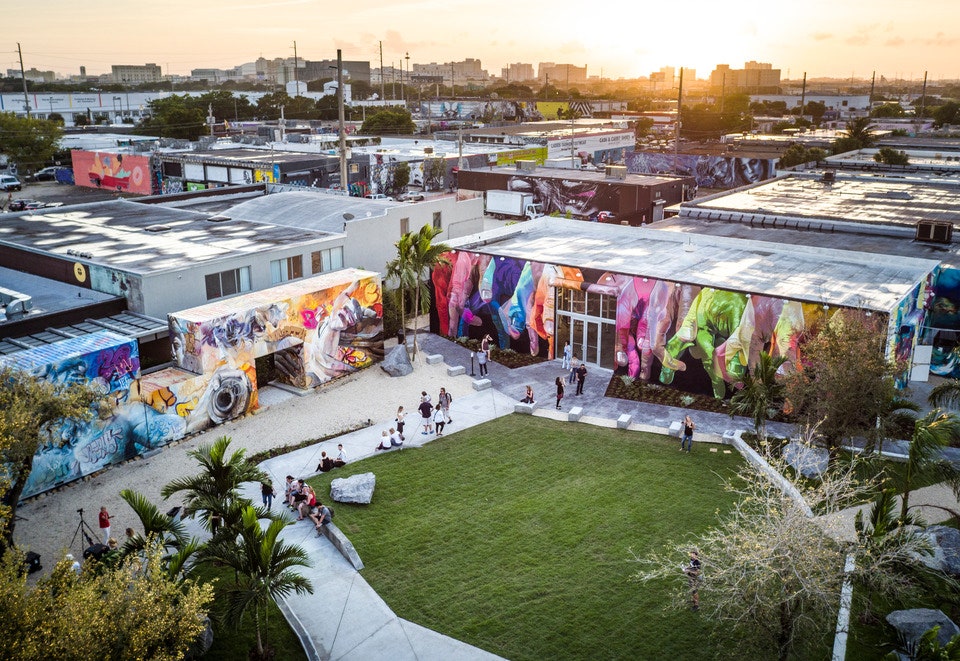 Today, Wynwood is known as Miami’s vibrant Art District, attracting over 3 million visitors to the area annually, with over 70 art galleries, companies offering art tours, weekly events in the area, and the world’s only museum for graffiti. It’s considered one of the largest outdoor art districts in the world with hundreds of walls […] 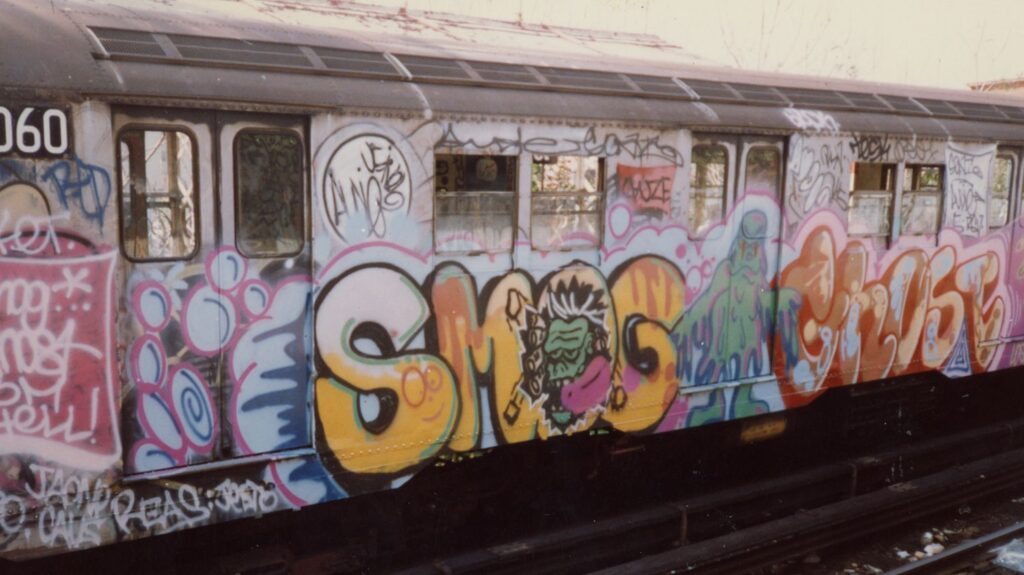 “Why would someone do that?”  It’s one of the most common questions presented by by-passers who see graffiti. Why spray paint that wall? Why deface that bus? What’s the point? There isn’t a straightforward answer to that question, because every artist has a different reason for placing their work where they do. However, if you can’t find […] 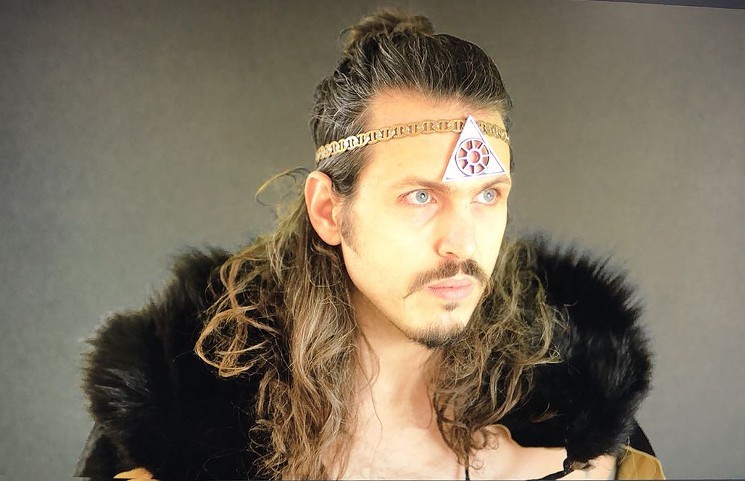 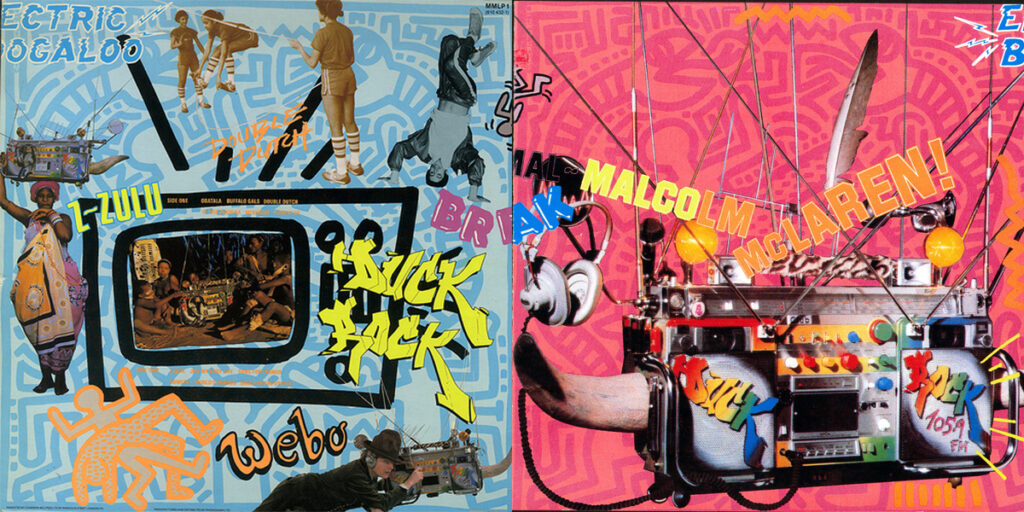 The worlds of art and music have always coexisted and complimented one another. Each draws inspiration from the next, whether literally or in its essence. Street art is no different, having deep roots not only in hip-hop, but in the spirit of any music that pushes the boundaries of the conventional.  In the 1970’s, New […]

On last week’s “Thirsty Thursday’s Presented by Miami’s Best Graffiti Guide” livestream, we talked with legendary Atlanta-based artist Dr. Dax about his origins in the world of street art and what inspires him and his projects today. His love for the city of Atlanta is prevalent and he’s always been quick to shout out the […] 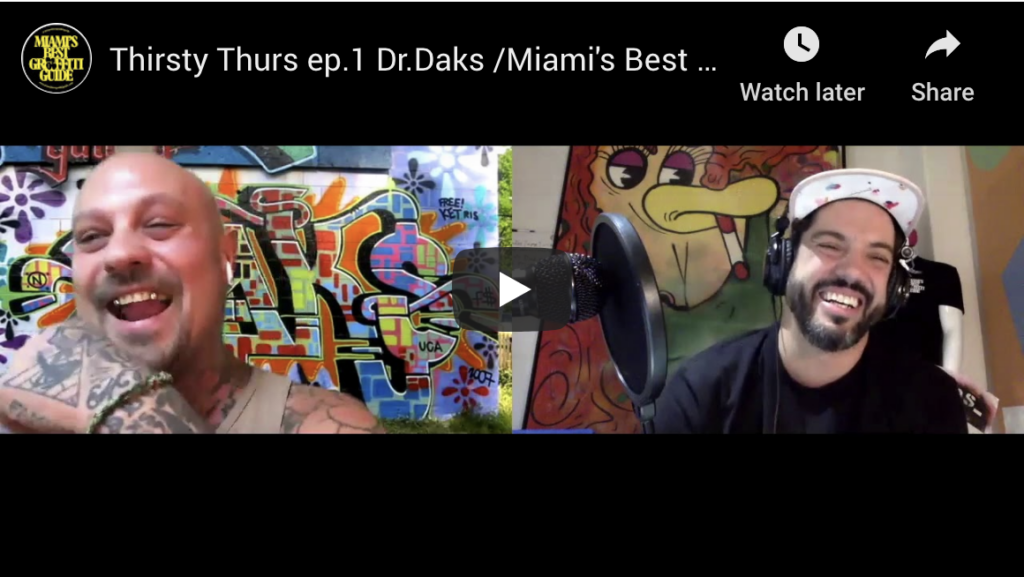 “Color is like ketchup for the eyes.” Thirsty Thurs Ep.1 Dr.Daks. Sponsored by Miami’s Best Graffiti Guide. Pedro AMOS interviews Dr. Daks about Atlanta, graffiti, music and all things creative. Half Zoom and half instagram live. 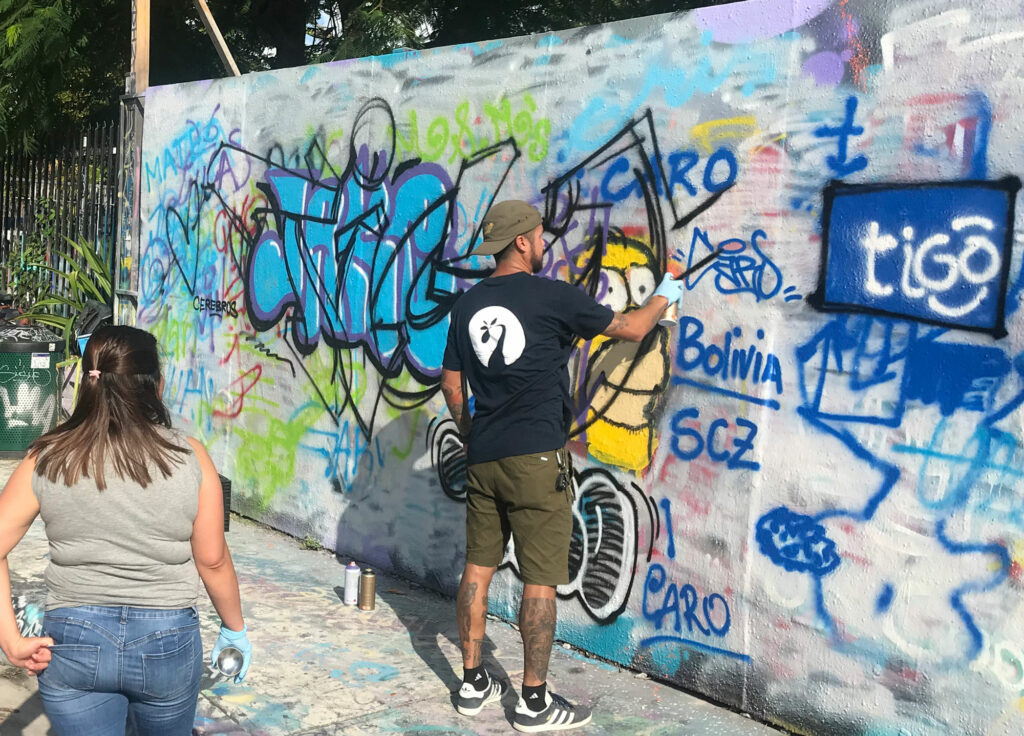 VHILS x U2 “Raised by Wolves”

Alexandre Farto aka VHILS is a modern street art master. His concrete carvings in walls is world renowned. Over the last 8 years he has collaborated with various musicians including U2, Buraka Som Sistema and Orelha Negra to create some explosive music videos that will literally blow you away. 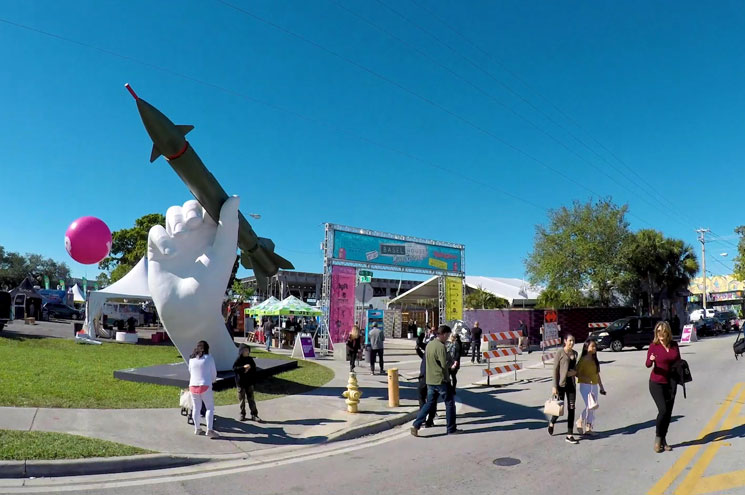 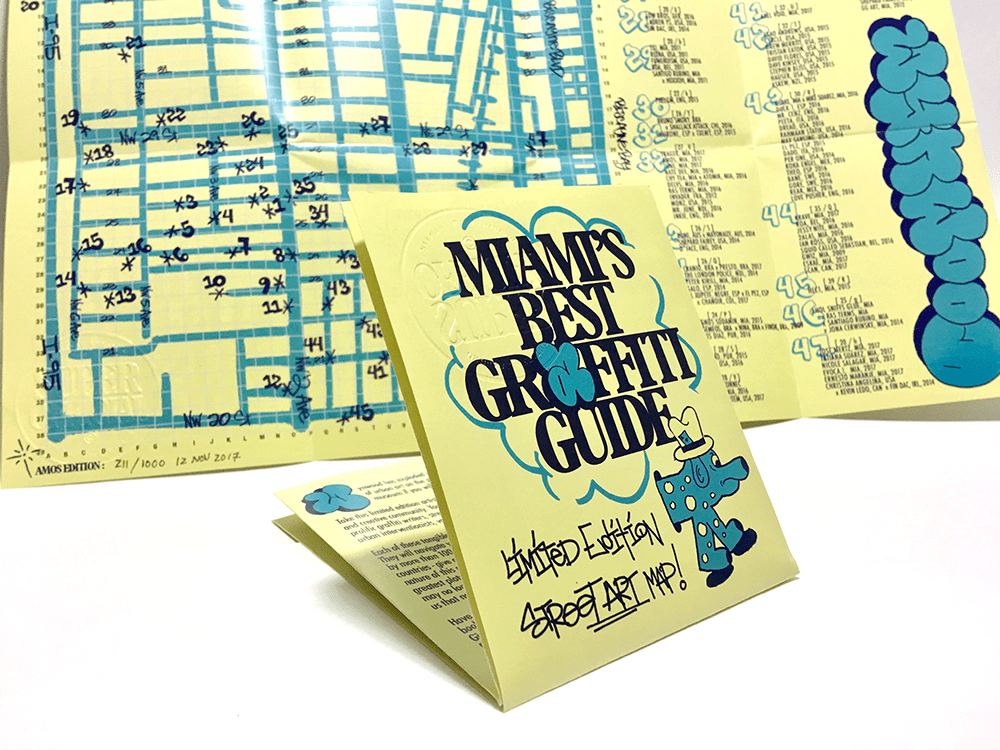 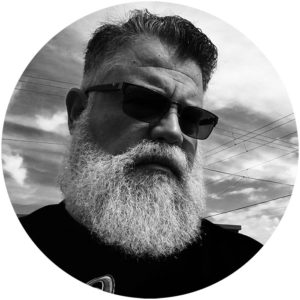 As Miami’s Best Graffiti Guide continues educating the masses from far and near on the art and history of Wynwood’s famed arts district, we are proud to bring onboard the incredible local photographer Sandro Abate. Originally from Venezuela, Miami has been Sandro’s home since 1979. Rocking a fluffy Santa beard, Sandro has been documenting the […] 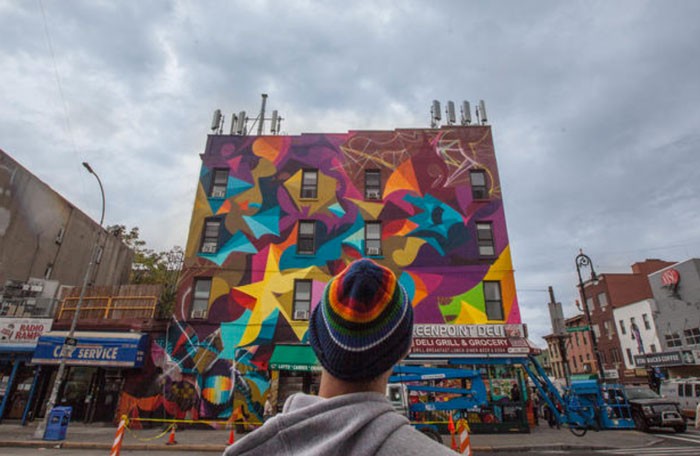 “A new mural has sprouted up in Greenpoint, adding a dash of color to an otherwise run-of-the-mill street corner in Brooklyn. The piece is the brainchild of Malmö-based street artist, Ola Kalnins, who was commissioned for the project as part of the programming for Swedish Design Moves New York and Archtober. It now decorates the facade of a […]

Agnes Varda and JR have similarities: a passion and questioning of images in general and more precisely on the places and the devices to show them, to share them, to expose them. Agnes chose the cinema. JR chose to create galleries of outdoor photographs. When Agnes and JR met in 2015, they immediately […] 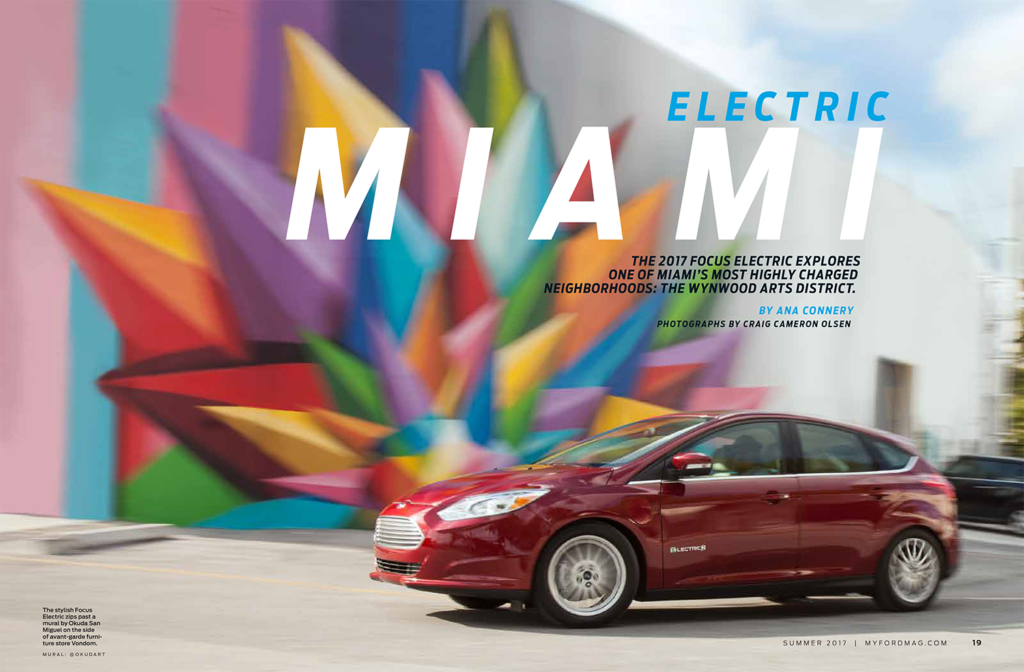 This just in!!! MBGG cofounder Pedro AMOS was featured in FORD Magazine where he knocked out a dope mural for the Ford’s new Focus Electric with aerosol assistance by Miami artist Daniel Osorno. Scour our Press Page for more global shout outs and links to websites in numerous languages.

It’s super official! Ryan the Wheelbarrow and Pedro AMOS aka the Best Graffiti Guides will be leading locals and street art lovers around Montreal for the 5th edition of MURAL Festival. From June 11-16 you can book a private walking or BYOBIKE tour from 10am to 6pm. Wheelbarrow will continue our passionate BYOBIKE meet up on June […]

Art in the City: Pedaling Around Wynwood Walls By Ana Connery When Magda Brenner was looking for a unique way to celebrate her birthday last year, she came across Miami’s Best Graffiti Guide in Wynwood and decided it was the perfect idea. “I was looking for something different to do,” recalls the Miami attorney. A […]

Living legend Ron English has been intervening with his urban environment for decades. He is a master of POPaganda. The documentary ART & CRIMES of RON ENGLISH is a testament to his genius. Indulge.

The future of Wynwood is always a hot topic of conversation. Can the neighborhood’s authenticity withstand the hurricane force development plans replacing mural after mural into restaurants and retail stores? The real big changes haven’t even started. Developer Moishe Mana has recently revealed a fancy animation of his new vision for Wynwood. The obvious question is — where is all the […]

Legendary local 3-D photographer Mark Diamond recently played a key roll in refreshing our website with his awesome photography. He rolled alongside in his Kenny Sharf-mobile on a special tour with our fine friends from SoHo Beach House. With wheels provided by our homies at CitiBike, we all rolled in style.

If you have ever had the pleasure of finding the Wynwood Walls secret restrooms, you will undoubtedly notice the black and white typography adorning the stalls. This vinyl installation is a unique work of local Miami artist and MBGG cofounder Ryan the Wheelbarrow in 2016. Originally designed by hand using vintage 1960’s dry transfer lettering. […]

Excerpt from UP Inflight Magazine. … “The distance separating these two neighbourhoods is minimal, but inversely proportional to their social differences, although those visiting Wynwood are also interested in art. Its walls are embellished with tags, criticism, protests, opinions, causes, characters and scenes of daily urban life, making the area one of the largest outdoor […]

The proof is in the youth! Today MBGG inspired 54 creative young minds with a street art adventure in the Wynwood Walls followed by graffiti painting party at the Wynwood Yard. These kids from Doral’s KLA School go hard in the paint. Do you want to show you school spirit with some spray paint? Ask us […]

It’s official! Miami’s Best Graffiti Guide is proud to be the contracted tour services for world renowned The Wynwood Walls. Reservations are available daily online at www.thewynwoodwalls.com/tours. These 1 hour walking tours start at 2pm. Join us as we will drop knowledge on master works by legendary graffiti artists in the world’s greatest outdoor street art museum.

SHOP OUR LINE OF MBGG MERCH AND GEAR